The Mortimer & Mimi Levitt Foundation was created in 1963 by Mortimer Levitt, who set aside assets to support music, dance, the arts, educational institutions, nonprofits with which he was involved, and the Levitt Pavilion for the Performing Arts. 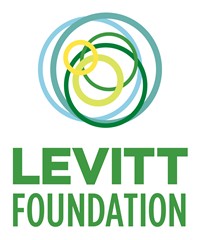 Mortimer had a long love affair with outdoor music. He grew up in an era when almost every community had Sunday afternoon concerts on the village green. Mortimer enjoyed outdoor music first in Prospect Park, then several times a day in Luna Park, in addition to summer afternoons on Manhattan Beach, a private beach east of Coney Island. Mortimer loved listening to music under the stars. To him, it was magic. On his 90th birthday, Mortimer sold the company he had owned for 60 years and decided to replace his 82 custom shirt shops with Levitt pavilions around the country.

Since the first Levitt Pavilion for the Performing Arts opened in 1973, families in Westport, Conn., have enjoyed the annual summer tradition of experiencing free concerts under the stars. Generous start-up grants from the Mortimer & Mimi Levitt Foundation have also helped restore and establish two Levitt pavilions in California, in Pasadena and Los Angeles, as well as pavilions in Memphis and Bethlehem, Pa. All Levitt pavilions hold steadfast to their core value of presenting a minimum of 50 free performances that purposefully connect families with neighbors.

All it took was one visit by the Mortimer & Mimi Levitt Foundation for them to know that Arlington was the perfect place for a Texas Levitt Pavilion. Local officials and dedicated community volunteers agreed. The Mortimer & Mimi Levitt Foundation committed $250,000 towards the construction of Levitt Pavilion Arlington as well as pledging annual support. In just a few short months, Arlington raised $1.2 million to make the Levitt Pavilion for the Performing Arts and Founders Plaza the crowning jewel in the revitalization of Downtown Arlington and a much needed community gathering place for everyone – all ages, all ethnicities, all backgrounds and all income levels.

Become A Sponsor
Home > About Us > Mortimer & Mimi Levitt Foundation