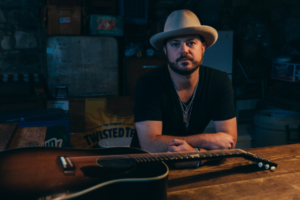 The Wade Bowen concert with opening artist, Justin Ross, requires a ticket purchase. Tickets are $25 to $40 and sold in pairs and groups of four.

Americana with a Texas vibe

Levitt Pavilion Arlington is pleased to present Wade Bowen with special guest, Justin Ross. This concert requires a ticket purchase. Tickets are available for $25 to $40 each and will be sold in socially distanced groups of two and four. A limited number of VIP seats are available for $100 each, also sold in packages of four ($400) for seating on the new Levitt Center’s concert-viewing deck and include two drink tickets per person. Proceeds from the Wade Bowen concert will help the Levitt produce 50 free concerts and livestreams in 2021.

Born and raised a Texas boy, Wade Bowen hit the ground running in early 2000 with his signature mix of country, blues, rock and Americana. His mission: Set himself apart as a songwriter driven by a desire to measure up to the almost impossible standard of another Texas singer/songwriter, Guy Clark. Since then, Wade has released a steady stream of records, averaging nearly an album a year over the past six years, including his famed Hold My Beer collaborations with fellow artist and longtime friend, Randy Rogers. In September, Wade surprised his fans with a new EP, The Waiting, his first collection of original solo tunes since 2018’s Solid Ground. The Waiting features six tracks, including “Who I Am,” one of the first songs Wade ever penned and a fan-favorite moment at every Wade Bowen show. The EP also includes three other fan favorites, a Phil Collins cover and a new song, “Fairest Lady,” which Wade co-wrote with Brent Cobb. While the pandemic has drastically reduced live performances for artists, Wade has not stopped performing. He converted his garage into a make-shift honky-tonk and created a web series called “Wade’s World Quaranstream,” where he invites other Texas musicians to play and tell stories every Friday night. Guests have included Bruce Robison, Cody Canada and Jack Ingram. Wade is quick to heap praise on Texas brethren like George Strait, Stevie Ray Vaughan, ZZ Top and Robert Earl Keen who have paved the way for the not-quite-country, not-quite-rock sound aimed at those who view Bruce Springsteen, Tom Petty and John Mellencamp as influential as Wade’s inspiration, Guy Clark.

For the Wade Bowen concert
Please do not bring chairs, coolers and beverages, or pets. Chairs will be provided. Beer, wine and cocktails will be available for purchase at the concert, and food can be ordered for delivery to the lawn from J. Gilligan’s. Gates are located at Center and South streets between the Levitt and First Baptist Church and at the corner of Abram and Pecan streets near the flagpoles at the west end of the lawn. Gates open at 6 p.m. Justin Ross performs at 7 p.m. Parking is free. For directions to the Levitt, please see Directions & Parking.

For your health and safety
The Levitt staff, crew and volunteers will be wearing masks. For your health and the health of others, we encourage you to be considerate and wear a mask on the Levitt lawn. The Levitt has taken health and safety precautions to help make your visit to the lawn as safe as possible. Antibacterial stations are located by the restrooms and throughout the concert area. A cleaning crew will sanitize the bathrooms before, during and after concerts. Please do not attend the concert if you are not feeling well, have a temperature of 100 degrees or higher, or have been exposed to COVID-19.