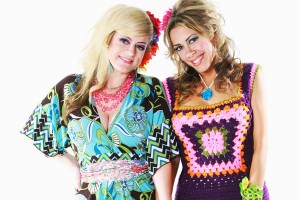 A double shot of roots rock and powerhouse harmonies

Teal Collins (The Mother Truckers) and Barbara Nesbitt (Tim Flannery & The Lunatic Fringe) met at a mutual friend’s gig in Austin and decided to get together to sing a song or two. By the time they reached the first chorus they knew there was magic in the room. They wrote songs, added members to make it a six-piece band, and in one year, played their first show and released their debut album. The band was offered a coveted residency at the famed Continental Club in Austin, and they have been rocking it ever since. The Whiskey Sisters’ sound mixes melodic vocal harmonies, classic rock-and-roll guitar riffs, and a sing-a-long sense of celebration in each song. Joined by Austin veteran musicians, Josh Zee on Guitar (The Mother Truckers), Lonnie Trevino, Jr. on Bass (The SAMoonlighters), Phil Bass on Drums (Monte Montgomery), and Michael Davids on Keyboards (Cari Hutson), they are poised to take Texas and the world by storm! Their self-titled debut album, The Whiskey Sisters, was released last year, and they were named 2013 Best New Band at the Austin Music Awards. Earlier this year, they landed on Austin Monthly’s 2014 Bands to Watch.