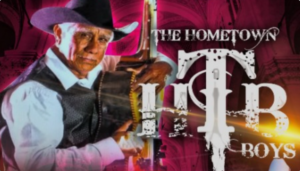 The Hometown Boys play at 8 p.m.

One of the most celebrated Tejano/conjunto groups

One of the most celebrated Tejano/conjunto groups of their era, the Hometown Boys started out as a family band and went on to become one of most popular conjunto acts in the Southwest. Based in Lubbock, Texas, the Hometown Boys’ story began in the ’50s, Roman Martinez, Sr. start a band with his wife and six children. The group had an eclectic style, capable of playing traditional acoustic music or an updated version dominated by electric instruments depending on the demands of the audience, and eventually their music evolved into a distinctive brand of conjunto. Their album, Mire Amigo, went gold after only a week in release, solidifying their reputation as one of conjunto’s most popular acts.