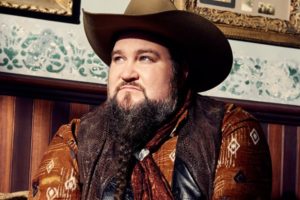 2016 winner of The Voice and the founder of country/soul

Throughout the course of his career, Sundance Head has written and recorded with ZZ Top, been a top finisher on not one, but two major network talent competitions, had three number one songs on the Texas Music charts and toured with some of the top artists in the business. Sundance comes by his musical talent honestly, growing up learning from his father, Roy Head, who had a hit in the ‘60’s with “Treat Her Right.” He also was heavily influenced by his late brother’s record collection, which was steeped with artists like James Brown, Patsy Cline, George Jones, Marvin Gaye and Queen. After honing his skills in high school and recording 100 hours of his own songs, Sundance traveled to Memphis to audition for American Idol. After several tries, he landed a spot on the show, and ultimately placed in the Top 13 on season six, impressing the judges with his searing vocals and lung power. Flash forward almost 10 years, and Sundance went after another singing competition title on NBC’s The Voice, and was the winner of season 11. Sundance is back in Texas with his own record label and a brand-new album, Stained Glass and Neon. He is known in music circles as the “founder of country/soul.”