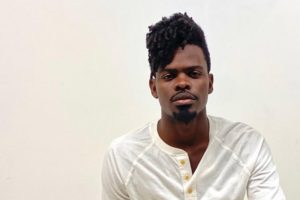 We’re celebrating North Texas Giving Day with a full day of live-streaming music!
Join us on Facebook Live at 5 p.m. for Ron Bultongez right in your living room!

Sharing his soul through songwriting

Singer-songwriter Ron Bultongez is living the American Dream. From growing up in the Democratic Republic of Congo to his troubled teens and being named the Hometown Hero of Plano, then becoming a Top 24 finalist on American Idol in 2018, where he left Lionel Richie, Katy Perry and Luke Bryan in awe of his voice, Ron’s dreams have taken him far. His journey, depth, and spirit are evident in his smooth yet raspy vocals and his bluesy, soulful songwriting. When Ron sings, he shares the soul, pain and depth he carries with him. He writes to share the message that “although life is hard and unfair, we are never alone.” Before appearing on American Idol, he was featured on MTV for his activism and love for those in need. Ron has been featured on CBS, ABC, Good Morning America and Good Morning Texas, and in People magazine, Arianna Huffington’s Thrive Global, Dallas Morning News and Dallas Observer. He is the recipient of four Ghosty Music Awards and the International Student Foundation’s Impact Community Award. He was a 2018 finalist for the Immigrant Journey Awards and received two congratulatory letters from the U.S. Congress for his excellence. Also in 2018, Ron released his second studio EP, Learning To Love, which landed at number 26 on iTunes in less than 24 hours. The song debuted on 91.7 KXT, iHeart Radio, major Spotify Playlists and is in a Netflix film scheduled to release this year.