Rescheduled for 2021 – Micky & the Motorcars 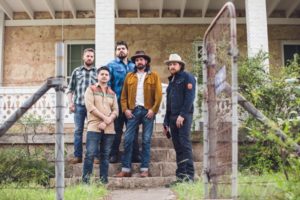 Micky & the Motorcars asked to have their concert rescheduled for next year. The new date has not been determined.

Thirteen years can put a lot of wear and tear on even the hardiest of rock ’n’ roll bands. But don’t be fooled by all those hundreds of thousands of miles on Micky & the Motorcars’ odometer. Pop the hood of Hearts From Above, the long-running Austin band’s seventh album, and you’ll find a brand-new engine, fine-tuned and good to run for many more miles still ahead. And behind the wheel? Two brothers — Micky and Gary Braun — who by their own admission haven’t been this fired up about playing together since they first rode south from the Whitecloud Mountains of Idaho to stake their claim to the Texas and wider Americana music scenes. From the moment the Motorcars hit town and released their 2003 debut, Micky and Gary have proven time and again they can more than hold their own. Two more Braun brothers are part of the Motorcars’ latest recording. In addition to co-writing half of the songs, Willy Braun also produced Hearts From Above, and Cody Braun (who with Willy have their own Grammy Award-winning band, Reckless Kelly) is a VIP guest on the record, too. All four Braun brothers can be heard on the title song, something that he hasn’t happened in the studio since the artists were teenagers. For Micky and Gary, who’ve driven the Motorcars together now for more than a dozen years, their music is a celebration of where they’ve been, where they’re headed, and most of all, where they are right now.