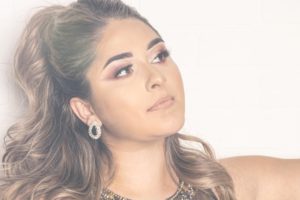 During or after the concert, we hope you’ll make a donation to support free music — with fewer concerts and fewer times to “pass the bucket,” the Levitt needs your help now more than ever!

Grand Prairie native Monica Saldivar won the nationwide singing competition, Tejano Idol, in 2015 and is one of the hottest up-and-coming vocalists in Tejano. Influenced by many different genres in English and Spanish, Monica has a wide variety of music and has been featured on Spotify playlists such as New Tejano and Novedades Regional Mexicano. Monica was recently awarded Top New Female Artist at the second annual My Tejano Awards presented by the Tejano Music Hall of Fame. She also performed at last year’s Tejano Music National Convention. Monica’s self-titled debut album was released at the end of 2019 to rave reviews by radio and industry insiders who called the release “one of the best albums by a new artist in a very long time” and “simply worth the wait” by Tejano Nation. It features an ensemble of multi-Grammy Award-winning songwriters and producers representing some of the best talent in Tejano music.