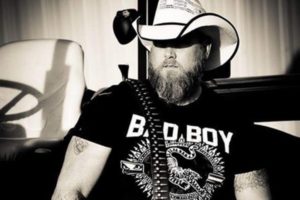 Join Creed on Facebook Live at 8 p.m. for a concert right in your living room!

During or after Creed’s concert, we hope you’ll consider making a donation to support free music — with fewer concerts and fewer times to “pass the bucket,” the Levitt needs your help now more than ever!

Creed Fisher is proud to be a redneck, placing his good ol’ boy status at the center of his hard Texas country. His music is firmly rooted in traditional country that stretches back to the days of Hank Williams. A native of West Texas, Creed began writing songs as a child, but he pursued football after high school, playing in the minor leagues for nine years. He launched a professional music career with the single, “I’ll Keep Drinkin’,” in 2012, followed by his debut album, Down Here in Texas. A second album, Ain’t Scared to Bleed, followed not much later. In 2016, he released the full-length album, Rednecks Like Us. A series of singles, including “Come and Hold Me” and “That’s Where I Stand,” appeared in 2018.