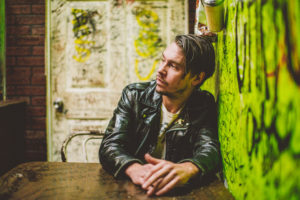 Jonathan has been releasing music since 2007. Coming up in the Dallas Texas music scene eventually signing to Atlantic Records in 2010. Following the radio success of “Gypsy Woman,” the band toured nationally with bands like ZZ Top, Kid Rock, Ray Wylie Hubbard, the Black Crows, Lynyrd Skynyrd, AC/DC, and more. Leaving Atlantic in 2015, Jonathan released Holy Smokes under the Timeless Echo Record label, where he’s continued to release new music in 2020 with singles “Underground Forever” & “Old Friend.” Not to mention his work in the studio as a producer for artists like Nikki Lane (Highway Queen), Desure (Pollen), Jeremy Pinnell (Goodbye LA), Jack Daniels Whiskey, & many others making him a behind-the-scenes creative worth watching.