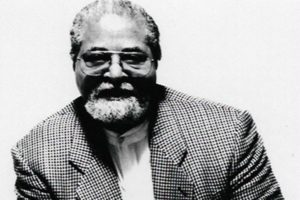 A legendary jazz drummer and elder statesman of groove

Please note: Because of the weather forecast, this concert has been relocated to Texas Hall on the UTA Campus. Concert time is the same, 8 p.m., however, the concert is now indoors, so please disregard the programmed info at the bottom of this page and do not bring chairs, coolers or pets to Texas Hall. Many thanks!

Legendary jazz drummer, Jimmy Cobb, a mostly self-taught musician, is the elder statesman of all the Miles Davis bands. Jimmy’s inspirational work with Miles, John Coltrane, Cannonball Adderly and Co. spanned 1957 to 1963 and included the masterpiece, Kind of Blue, the most popular jazz recording in history. He also played on Sketches of Spain, Someday My Prince Will Come, Live at Carnegie Hall, Live at the Blackhawk, Porgy and Bess, and many other watermark Miles Davis recordings. Jimmy played extensively with Dinah Washington, Billie Holiday, Pearl Bailey, Clark Terry, Dizzy Gillespie and Cannonball Adderly, before joining Miles in 1957. In  1963, Jimmy left Miles but continued to work with Miles’ rhythm section.Jimmy went on to  work with Sarah Vaughn for nine years, then continued to freelance throughout the ’70s, ’80s and 90s. Jimmy has played around the world from Newport to Monte Carlo and from Los Angeles to Japan. He has performed for Presidents Gerald Ford and Jimmy Carter, the Shah of Iran and many other dignitaries in his storied career. Jimmy remains active, not only in New York City, where he leads Jimmy Cobb’s Mob, but on the international circuit including Japan, China, the Netherlands, France, Germany, Italy and South Africa. Jimmy has traveled every year for the last nine years to Stanford University to teach Master Classes for the University’s Jazz Workshop. He has taught for Parsons: The New School for Jazz and Contemporary Music in New York City, at the University of Greensboro in North Carolina, for The International Center for the arts at San Francisco State University, for St. Francis Xavier University in Nova Scotia Canada, for Berklee’s College of Music in Boston and at numerous educational institutions all over the globe.