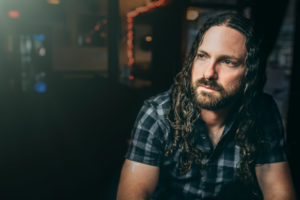 Born and raised in the Texas Hill Country, Jesse Stratton is a true and deep-rooted Texas Country / Americana artist who plays music chock-full of truth and raw emotion. Jesse’s relevant and gripping songs display and showcase the multi-talented musicians who make up the Jesse Stratton Band. Jesse is the lead vocalist in the band; also playing guitar, saxophone and harmonica. Alongside him are a few of Texas’ finest musicians. Playing percussion in the band is Jesse’s long-time friend, Kenny Martinez. The lead guitarist is Austin’s own Tony Garossino – guitar instructor by day, rock star by night. The band’s latest member is the soulful, smooth-playing bassist, Lyndsey Torrez.  The Jesse Stratton Band formed in 2014, originally as a duo – Stratton and Martinez. Together with Garossino and Torrez, the band gives their listeners all the heart and soul live music longs for. The band is set to release a brand new, full-length album “Family and Friends” on October 1, 2021. This will be the band’s third studio album, to go along with one live album. “Family & Friends” is a story-telling compilation of the relationships we share with others while navigating the ever-changing waters of life. This album was written in an original, relatable way, showing Jesse’s songwriting ability in full-bloom.