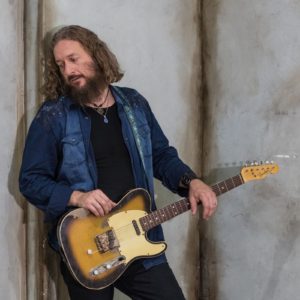 The Peterson Brothers play at 8 p.m.

Based out of Dallas, Texas, Jason Elmore & Hoodoo Witch is an original high-energy trio that blends hard-hitting rock, jump/swing blues, vintage soul/r&b, and traces of 60’s country into a unique-but-familiar sound that maintains the essence of American roots music while simultaneously offering a fresh take on its various genres and sounds. Jason Elmore is uncommonly seamless in his ability to tailor his performance to suit the venue and demographic, without compromising the integrity of the band’s mission, which is to give 110% with every single performance, whether performing for a crowd of 2 or 2,000. In October 2017, the Dallas Observer named Jason Elmore & Hoodoo Witch “best blues act” in their ‘Best Of Dallas’ series and the band was also voted “best blues act” at the Dallas Observer Music Awards in 2012. However, this is not a blues act in the traditional sense of the word. The band’s sound is original and eclectic but is at times similar to 70’s-era rock such as Cream, Led Zeppelin, Black Sabbath, and Grand Funk Railroad. They convey a fresh sense of excitement and fire that is uncommon in the contemporary blues scene, effectively making this more of a rock & roll band than a blues act.