Improv with the Masters: Understanding Jazz and Red Blends 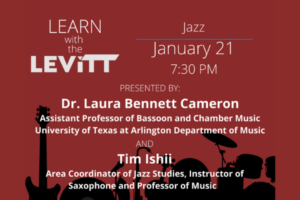 Welcome to Learn With the Levitt! Join us every Thursday in January to learn about a different genre of music paired with wines. The class is available only at 7:30 p.m. on the date listed. Learn With the Levitt is a partnership with the University of Texas at Arlington Music Department.

Improv with the Masters: Understanding Jazz and Red Blends

Just as a jazz musician improvises on a melody or harmony, winemakers improvise and innovate with red wine blends. Although the tradition of blending is centuries old, like classical music, today’s winemakers use their knowledge, noses, eyes and palates to push traditional boundaries of blending, much as a jazz musician relies on training, tradition, eyes and ears to create a once-in-a-lifetime performance. 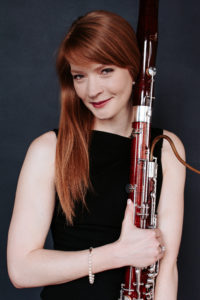 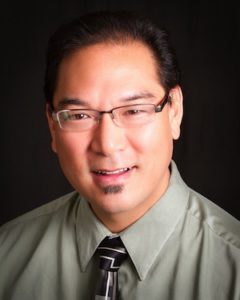 Tim Ishii has been director of jazz studies at the University of Texas-Arlington since 2004. Under his direction, the UTA Jazz Orchestra has performed in Mexico City, Germany, Hawaii, Kansas, throughout Texas and the surrounding Dallas/Fort Worth Metroplex. Tim is active as a clinician and has conducted numerous high school and college honor bands in Texas, Oklahoma, New Mexico and Oregon. Since 2016, the UT Arlington Jazz Area has continued outreach efforts in Hawaii, Sweden, Germany and China. Tim maintains an active freelance and clinician schedule and is an artist/clinician for Conn-Selmer and D’addario.