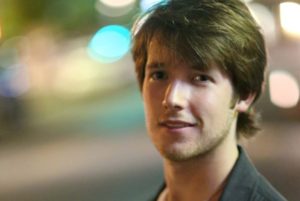 Alt-Texas/country with a dash of rock

You don’t top a chart by accident, certainly not in Texas – you top a chart through hard work and talent. Thanks to an abundance of both, that’s what Hudson Moore did; topping the Texas Music chart in December 2012 with his debut single. Written and co-produced by Hudson, the aptly titled Fireworks not only rocketed all the way to the top spot, it stayed there for two weeks. The next year, the Country Music Association named him to the “Who’s New To Watch” list for 2013 in the CMA Close Up magazine. It’s been a fun ride for the Fort Worth native. Since starting as a teenager, Hudson has played the famed stages of Texas and Oklahoma, from Billy Bob’s Texas and Gruene Hall to the Austin City Limits Festival and SXSW. Hudson’s self-penned songs are firmly rooted in country, though they’re equally influenced by rock and pop. His fiery blues-inspired lead guitar work adds an additional dash of Texas grit to his genre-crossing blend of styles. In addition to rocking clubs on his own, Hudson has been a busy show opener, warming up crowds for legends like ZZ Top, Alan Jackson, Jerry Jeff Walker and Michael Martin Murphey, as well as other heavyweights like Pat Green, Josh Abbott, Chris Young, Kevin Fowler, Stoney LaRue, Reckless Kelly, and dozens more.