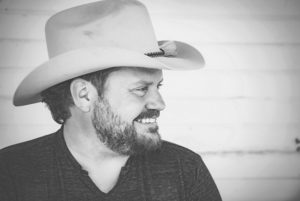 The Randy Rogers concert requires a ticket purchase. Proceeds from the concert will help Levitt Pavilion Arlington present FREE concerts. Tickets are sold in reserved squares of eight for $280 ($35 per person). Concert gates open at 6 p.m. Local artists, September Moon, perform at 7 p.m. Randy Rogers, Brady Black and Geoffrey Hill take the stage at 8 p.m. For this concert, ticket holders will need to bring their chairs and blankets to sit on. Please do not bring food, beverages, coolers or pets. No one will be admitted to the lawn with any of these items. Concessions will be sold at the concert, including beer and wine. Concertgoers are required to wear a mask unless eating and drinking in their squares.

Randy’s concert also will be live-streamed at 8 p.m. from our Facebook page!
September Moon opens the show at 7 p.m.

Randy Rogers has been dubbed “a perpetual live favorite” by Rolling Stone magazine and has been making music and touring for nearly 20 years. In addition to being a gifted vocalist, insightful songwriter and talented musician, Randy is also well known in music industry circles for his business savvy and for being a big fan of collaboration. He has partnered with Wade Bowen on their infectious “Hold My Beer and Watch This” projects and joined forces with Lone Star legend, Robert Earl Keen, as the Stryker Brothers. He recently joined Lyle Lovett, Willie Nelson and Jerry Jeff Walker to sing on Michael Martin Murphey’s Austinology album. The latest chapter in Randy’s thriving career was releasing his latest album, Hellbent, last year. According to the New York Times, “the guarantee of good music and a good time is what keeps fans coming back.” Randy will perform with his bandmates, Brady Black and Geoffrey Hill.