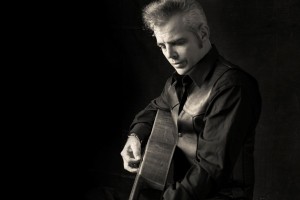 Dale Watson is a honky-tonk hero and country music maverick, one of the Texas music “outlaws” carrying on where Waylon Jennings left off. A member of the Austin Music Hall of Fame, Dale’s musical journey began in Houston right out of high school playing clubs and local honky-tonks. In 1988, he moved to Los Angeles and played in the house band at the legendary Palomino Club in Hollywood, then moved to Nashville to write songs for a publishing company run by Gary Morris. Commercial country did not fit the fiercely independent songwriter, so Dale returned to Texas, where he got a record deal and wrote several songs poking fun at the industry side of Nashville, including “Nashville Rash” from his Hightone debut, Cheatin’ Heart Attack, and “A Real Country Song” from his 1996 follow-up, Blessed or Damned. After making three albums with Hightone, Dale released The Trucking Sessions on Koch Records in 1998, including 14 original driving songs. The album received high praise, and music critics compared him to chart-topping writer Red Simpson, who was responsible for some of the most iconic trucking tunes in country music. In addition to music, Dale has acted in films (The Thing Called Love, On the Borderline), on television (Friday Night Lights), and most recently, on stage in Ghost Brothers of Darkland County, a southern gothic musical by Stephen King and John Mellencamp. His rumbling baritone also has been heard on commercials for Shell, Monster.com and On the Border restaurants. Earlier this year, Dale sat in with Jimmy Kimmel’s house band as a guest on Jimmy Kimmel Live from SXSW. His newest album is Call Me Insane, recorded in Austin with the legendary producer, Lloyd Maines.