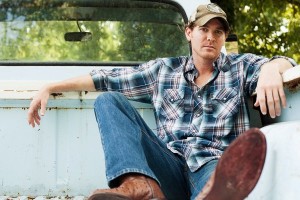 A trip straight through the heart of country music

Native Texan Curtis Grimes was raised on a steady diet of George Strait and Alan Jackson, and he possesses the everyman charm of both his heroes along with a refreshingly mature voice that stands out in an era of country raps and pop beats. When he was still playing bars in Austin, Curtis won a contest to open for Kenny Chesney during an arena show. He followed up that milestone by competing in front of Blake Shelton on the debut season of NBC’s The Voice. A member of Team Cee Lo, Curtis won over viewers and lasted an impressive eight weeks on the show. These days, Curtis is a busy performer and has appeared among the Top Five on the Texas Music charts three times, singing songs that helped shape his career and his life.