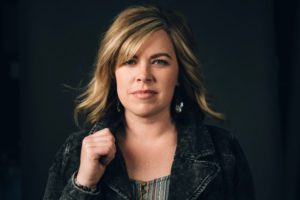 Soulful storytelling with a Texas twang

Courtney Patton is a storyteller. She’s also a mother, a wife, a producer, a singer, a songwriter, a tour van driver and a musician as well as a world traveler, touring the United States, Canada and Europe. For those lucky enough to be in the audience listening to her expansive Texas twang as she belts out her version of deep and soulful country music, she’s a storyteller. In a musical era when clichés and bravado are mistaken for bold noteworthiness, there is something far more brave in peeling back highly personal and emotional songs and delivering them with sensitivity and sentiment. Courtney does exactly that. Heartache isn’t just described, it is tangibly felt. Following her previous solo albums, Triggering a Flood and So This is Life, and her acoustic collaborative project with her husband and fellow Texas troubadour, Jason Eady, Something Together; Courtney has drawn on day-to-day autobiographical life experiences and released her third album, What It’s Like to Fly Alone. Musicians include Chip Bricker, piano player with Gene Watson’s highly acclaimed Farewell Party Band; Austin City Limits Hall of Fame member Lloyd Maines on pedal steel, Heather Stalling (wife of Texas troubadour Max Stalling) on fiddle, Jamie Lin Wilson (The Trishas), and Dan Tyminski (Alison Krauss & Union Station) on background vocals. What It’s Like to Fly Alone debuted at number four on the iTunes country chart and made a mark across four different Billboard album charts (including a Top 20 mark on their Americana Album Sales chart). Courtney has shared the stage with leading lights of the country/folk scene, including Walt Wilkins, Bruce Robison, Jamie Lin Wilson, Cody Jinks, Sunny Sweeney, Brennen Leigh and Drew Kennedy.