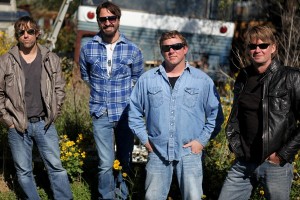 Texas-hot sound that rocks and shimmers

Cody Canada was 16 years old when he arrived in Stillwater, Okla., and found a creative nirvana of musicians who planted seeds that would stay with him for the rest of his life — artists like Tom Skinner, Bob Childers, Jimmy LaFave and the Red Dirt Rangers. Cody went on to be front man for Cross Canadian Ragweed for 15 years, where he tapped into those influences for their nine albums, four of which landed on Billboard’s Top 10 Country Albums chart. They sold more than a million albums and played to sell-out crowds, bringing the term “red dirt” to the nation. When Cross Canadian Ragweed decided to part ways, Cody resurfaced with his own mission in mind, to pay homage to the Red Dirt writers and music that was formative. Cody Canada & The Departed released their first album last year, a 15-track Oklahoma tribute album that Cody had wanted to do for years. They’ve hit the road hard with music that rocks, shimmers and simmers, amplified by the heat of the Texas sun.