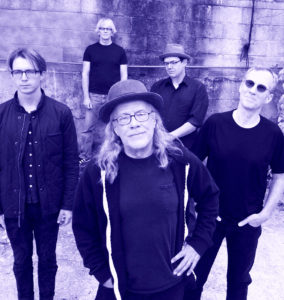 Tito Strange has been a performer in Dallas since 2007 when he first debuted his signature style of emphatic drumming on stage at the age of 16. Over the years, his ability to fit into a variety of genres has helped push out albums and live shows of over 20 different projects. His multi-instrumental talents have afforded him the opportunity to perform across the entire world, from the Middle East to the Caribbean. As a performer, Tito offers his talents as a solo acoustic artist covering popular songs and as a duo act with local horn players and singers. His 6-piece band Daydream Sleepshaker blends elements of funk, Latin Rock, soul, and psych rock with a bluesy tone that is both refreshing and retro. We are excited to have Tito Strange share his energy with the Levitt audience!

Since 1979 the Denton, Texas-based quintet has perfected a world music mix that includes salsa, meringue, rock, cumbia, conjunto, polka, zydeco, classical, cha cha, the blues and more. They are America’s Premier Dance band and a rollicking, rocking, rhythmic global journey — offering what one critic recently wrote, “Even if you come for the party, you’ll leave with something of a musical education.” Brave Combo’s catalog of recordings range from Japanese pop to Latin American dance tunes, to the orchestral classics to rock and roll at its finest. The band has won two Grammy Awards and been nominated for their work 7 times. Their music has also been featured on ABC’s hit series “Ugly Betty”, and Fox Television’s “Bakersfield P.D.” They have also contributed original music for ESPN and The Big Ten network. We cannot wait to have this legendary band back on the Levitt Stage to kick off our fall concert season!