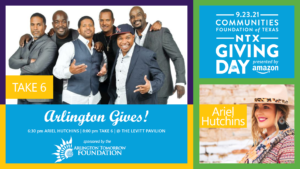 Ariel Hutchins is a Texas singer/songwriter and performing artist. Her music celebrates her West Texas heritage and embodies her love of country music past and present. Ariel was born in Abilene where she spent her early childhood singing in Church. When she was eight, family tragedy placed her in the foster care system. The highlight of those years was the gift of a guitar which she received on her eleventh birthday, which she spent every free moment with thereafter, teaching herself to pick and play. At fourteen, Ariel found a forever family with her custodial guardians Billy and Rebecca and moved to her new home in Cross Plains, Texas. There she often sang the National Anthem at high school sports events and performed acoustically in local venues. Upon graduation, Ariel formed her own band and began playing honkytonks, bars and festivals throughout the state. The Ariel Hutchins Band has opened for Kevin Fowler, Stoney Larue and William Clark Green. “Wine Won’t Work” is the first song from Ariel’s upcoming CD to be released as a single. It has been enthusiastically received by Ariel’s fans on the road as well as by her rapidly increasing media following.