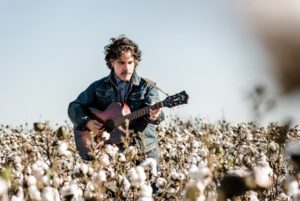 This concert requires a ticket purchase with proceeds helping to provide the Levitt’s more than 50 free concerts in 2019.

Tickets to John Oates & The Good Road Band are on sale at the link below and on the free Levitt Arlington mobile app.  The concert will include a performance by Dave Walser (of Sgt. Pepper’s Lonely Bluegrass Band) at 7:30 p.m. Tickets are $35 for general admission seating and $75 for reserved VIP seating.

Tickets are buy one, get one free, using promo code OATES50.

John Oates is best known as half of the Rock & Roll Hall of Fame duo, Hall & Oates, but he has had an accomplished solo career since 1999 that includes eight solo albums. His latest, the critically acclaimed Arkansas and the EP, John Oates with The Good Road Band, were both released last year. Arkansas originally began as a tribute to John’s idol, Mississippi John Hurt. During a series of Nashville recording sessions, it evolved organically to become a unique collection drawing from a wide range of John’s musical influences.

Recorded at Addiction Studios in Nashville, the album was produced by Oates and David Kalmusky. John teamed with an amazing group of accomplished and rising stars in the Americana music world, The Good Road Band. The impressive lineup on the record consists of Sam Bush on mandolin, Russ Pahl on pedal steel, Guthrie Trapp on electric guitar, Steve Mackey on bass, Nathaniel Smith on cello, and Josh Day on drums and percussion. With this incredible band, John shines a light on music from America’s past long before the birth of rock ‘n’ roll.

John co-wrote many of Hall & Oates greatest hits with Daryl Hall. They started performing together in the early 1970s, and recorded 21 albums that have sold more than 80 million copies, making them the most successful duo in rock history. They have 10 number one records to their credit and more than 20 Top 40 hits, including “Sara Smile,” “She’s Gone,” “Out of Touch,” “Maneater” and “I Can’t Go for That.”

Please note: For John Oates & the Good Road Band, concert seating will be provided and concessions will be sold. Concertgoers are asked to not bring chairs, coolers, outside food and beverages, or pets to this concert. 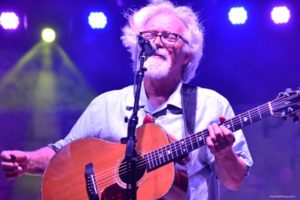 Dave Walser first fell in love with music when his Dad bought him a guitar when he was six years old. When he was nine, he saw the Beatles on The Ed Sullivan Show, and the light came on. Dave’s guitar lessons came straight from the Beatles. Although he never met them, he put their albums on every day and learned how chords and melodies work together to make something new and fresh, an influence that remains with him and in his original music. In 2003, Dave started a band called Beatlegras with friends George Anderson and Milo Deering. After that collaboration ended, he started Sgt. Pepper’s Lonely Bluegrass Band in 2012 which continues to play nationally. Dave’s new solo album, This Road, was released this spring and is a conglomeration of songs Dave has been working on his whole life. Dave will be joined on the Levitt stage at 7:30 p.m. by former Beatlegras bandmate, George Anderson, before John Oates & the Good Road Band takes the stage.

Thank you to our concert sponsors!