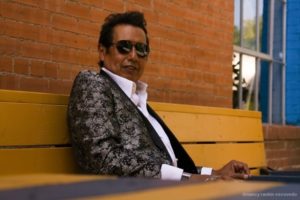 Renowned singer/songwriter and true believer, Alejandro Escovedo’s trailblazing career began with The Nuns, San Francisco’s famed punk innovators. He relocated to Texas, joining the Austin-based alt/country rock pioneers, Rank & File, then Texas-bred darlings, True Believers. Through all-star collaborations and tribute album appearances and finally a series of solo albums beginning with 1992’s acclaimed Gravity, Alejandro has earned a surplus of distinctions: No Depression magazine’s Artist of the Decade Award in 1998 and the Americana Music Association’s Lifetime Achievement Award for Performing in 2006, just to name two. His newest recording, Burn Something Beautiful, was released last year, Alejandro’s first solo endeavor since 2012’s highly acclaimed Big Station. At once a celebration of the rock-and-roll life, a contemplation on mortality, and the healing power of love, Burn Something Beautiful connects repeatedly with Alejandro’s soulful heart and voice at its core. The project is the collaboration of an esteemed group of musicians who give the album a genuine band feel. They include guitarist Kurt Bloch (The Fastbacks), drummer John Moen (The Decemberists), vocalists Corin Tucker (Sleater-Kinney) and Kelly Hogan (Neko Case, The Flat Fie), and saxophonist Steve Berlin (Los Lobos).